Geography
Findlay Township is a scenic region of forested hills, open fields and steeply cut stream valleys. It is located on the Allegheny Plateau, as is most of Western Pennsylvania. The township is characterized by great variations in topography with relatively broad, rounded hills about 1,000 feet wide which are dissected by often deep v-shaped stream valleys. The active downcutting of the streams accounts for the landslide prone nature of many of the stream valley walls. Many of these streams have significant flood plains which extend up the valley walls.

The Pittsburgh Coal seam is found throughout this area at elevations of 1,100 to 1,200 feet. As a result, Findlay Township has been extensively deep and strip mined.

Findlay is largely rural in character with active farms and vast stretches of undeveloped land.

Population Statistics & Composition
With a 2000 census resident population of 5,145 and a total area of 20,736 acres, the Township has a relatively low population density of one person for each 4.03 acres. Residents of Findlay are generally younger than the county average with a median age of 37.4 in 2000 compared to 39.6 for the county as of the 2000 census.

In the period 1960 to 1980, the township maintained its population with minor fluctuations, while at that same time many townships, the City of Pittsburgh, and Allegheny County lost population. In the decade between 1980 and 1990, the township lost population but again it was not at the rate of loss experienced by those referred to above. Since the middle of the 1990's, the township is experiencing residential growth with the expansion of new and existing residential areas. As part of the West Allegheny School District, Findlay Township and its residents are partners with one of the fastest growing and commendable school districts in the State of Pennsylvania.

Attitude of the Citizens
The citizens of Findlay value and enjoy their community and their environment, but  they are practical, too. The airport generated development is fully expected to be realized and the residents of the township are convinced that they can influence the quality and nature of that development. They encourage the extensive business development in the community with the understanding that design standards and performance criteria will result in better environments for all concerned. 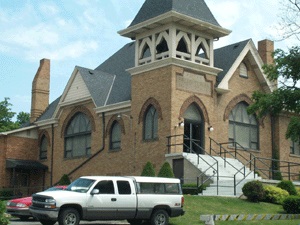